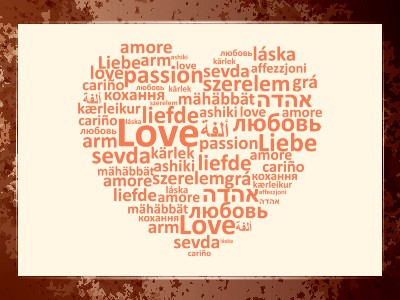 Most parents save keepsakes from when their children were young. I received a traditional baby book as a shower gift for my first child, and I treasure the moments when I carefully noted her ancestry, birthday, birth weight, along with all the “firsts” – first smile, first grin (or was it gas?), first bath, first time she rolled over, first time she sat up, first tooth, first crawl, first steps, and first words. Each precious moment documented on the appropriate pages of her baby book. Then came baby number two…

No more time for baby books! From that point forward I tossed the baby books into baby boxes along with all the other keepsakes collected through the years. I did the same thing almost nine years later when my third child came along. Three boxes full of memories, which are now in the possession of my three adult children.

When they sort through their box of memories, they find crayon drawings, school pictures, academic report cards, and certificates of recognition. There are trophies... such as ribbons, medals, and patches earned through the years. The boxes are full of items that remind them of their childhood.

My favorite part of each box is the notation of first words. Their usual first words included, “dada”, “mama”, “no-no”, and “mine”. Then there were funny words like “deybee”, which is the word Melissa said when she saw a Pepsi can. In her own language she wanted us to know that she wanted some Pepsi. Our son spoke a unique language that could only be translated by his sister. All too often I found myself asking Melissa, “What did he say?” As I recall, her translation tended to be, “He wants a cookie.”

By circumstance, English with a Texas twang is the language of my family. We were born into English speaking families and our vocabulary grew from there… all English.

Have you ever wondered what language was spoken in the first conversations between God and Adam? This isn’t a Theological question, it’s just curiosity. Think about it…

In Genesis 1:26 we read, “Then God said, “Let us make man in our image, after our likeness. And let them have dominion over the fish of the sea and over the birds of the heavens and over the livestock and over all the earth and over every creeping thing that creeps on the earth.”

In Genesis 2:5-9 we read,  When no bush of the field was yet in the land and no small plant of the field had yet sprung up—for the Lord God had not caused it to rain on the land, and there was no man to work the ground, and a mist was going up from the land and was watering the whole face of the ground— then the Lord God formed the man of dust from the ground and breathed into his nostrils the breath of life, and the man became a living creature. And the Lord God planted a garden in Eden, in the east, and there he put the man whom he had formed. And out of the ground the Lord God made to spring up every tree that is pleasant to the sight and good for food. The tree of life was in the midst of the garden, and the tree of the knowledge of good and evil.

In Genesis 2:15-17 we read, The Lord God took the man and put him in the garden of Eden to work it and keep it. And the Lord God commanded the man, saying, “You may surely eat of every tree of the garden, but of the tree of the knowledge of good and evil you shall not eat, for in the day that you eat of it you shall surely die.”

There it is… God’s first spoken words to Adam were a commandment and a promise all rolled up in one sentence of guidance and warning.  There is no indication of the language God spoke to Adam. The important part… God spoke, and Adam heard God speak. It’s too bad that Adam didn’t heed God’s Words, because…

The crafty serpent questioned and then twisted God’s Words, Eve added to God’s Words, and Adam failed to remember God’s Words. In the end, Adam and Eve chose knowledge (of good and evil) instead of unashamed life with God. Of course, Adam and Eve’s disobedience didn’t take God by surprise. This was not the catalyst to God’s plan of salvation, because He knew that Adam and Eve would disobey. God’s plan of salvation was already in place before the foundation of the world. God knew beforehand that a sacrifice would be required to redeem mankind.

My favorite version of God’s Word is written in my native language… English. I’ve had opportunity to study Hebrew and Greek. And while the original Biblical languages are a lot of fun and they help with understanding the depth of God’s Word, a solid interpretation of the Word of God in my native language always brings comfort. God revealed his truth to me in His Word, and I am forever grateful that He speaks my language. Think about this the next time you read your version of the Bible. The Word of God… Love in any language, fluently spoken here!