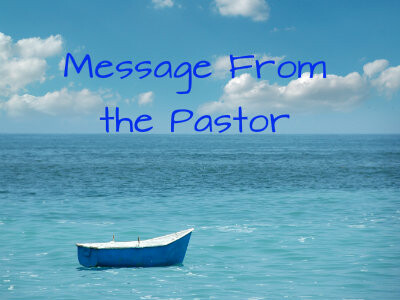 It’s been over 50 days since we had a named storm.  That has only happened a few times.  However, it appears that we aren’t going to keep the streak going for very much longer.  As of today, August 24th, there are a couple of storms coming off Africa that look, at least to me, menacing.  It seems that once the storms start coming off West Africa it is only a matter of time until one spins up into a hurricane and finds its way to our continent. You don’t have to be a meteorologist to know this.  It’s simple observation.  We have seen it often enough to know what is going to happen.  Plants can tell us the future as well.

Luke 21:29-39 — And he told them a parable: “Look at the fig tree, and all the trees.  As soon as they come out in leaf, you see for yourselves and know that the summer is already near.

Jesus is saying that you’ve seen the fig trees come out in leaf many times and you know that when that happens summer is close.  Common sense.

Except, Jesus wasn’t really talking about the weather.  This is a parable, an earthly story with a heavenly meaning.  In this parable he was talking about End Times, the coming of the Kingdom of God.

Luke 21:31 — So also, when you see these things taking place, you know that the kingdom of God is near.

What things? An increase in false messiahs, an increase in warfare, and increases in famines, plagues, and natural disasters—these are signs of the end times. (Read Matthew 24)

1st Timothy 4:1 — Now the Spirit expressly says that in later times some will depart from the faith by devoting themselves to deceitful spirits and teachings of demons.

In 2nd Timothy chapter 3 we find this:  But understand this, that in the last days there will come times of difficulty. For people will be lovers of self, lovers of money, proud, arrogant, abusive, disobedient to their parents, ungrateful, unholy,  heartless, unappeasable, slanderous, without self-control, brutal, not loving good,  treacherous, reckless, swollen with conceit, lovers of pleasure rather than lovers of God,  having the appearance of godliness, but denying its power.

So, what are YOU seeing?  Common sense, right?

Hebrews 10:25 — Not neglecting to meet together, as is the habit of some, but encouraging one another, and all the more as you see the Day drawing near.

See you in church!