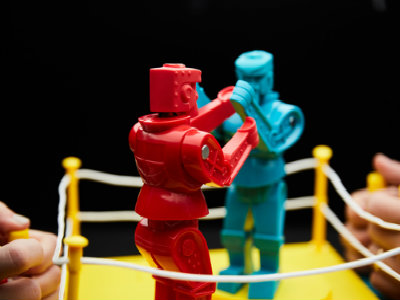 A few weeks ago, I dreamed a vivid dream. The dream was a bit on the violent side, which I must admit is not normal in my dream world. I agree that the Star Trek movie from earlier in the day probably contributed to the sense of reality of the dream, but my subconscious was captivated. The dream seemed real and it stayed with me for quite a while after waking. What follows is my best recollection…

The setting of the dream was sometime in the future.

The “Good Guys” in my dream included many members of my family plus a few friends from high school.

The “Enemy” was an army of faceless humans that were not from earth.

The “Set” was the pink house I lived in when I was twelve years old.

My dream played out like the usual science fiction thriller. When the enemy arrived they traveled from home-to-home, leaving dead bodies in their wake. Authorities warned people to stay inside. News reporters repetitively advised, “Lock all doors and windows. Turn off all lights.” But this did not stop the enemy. In the darkness, they advanced one house at a time until entire neighborhoods were left lifeless.

The noise of battle increased as the enemy entered our neighborhood. We were scared... No, we were terrified that the enemy would find us unprepared. The house was battened down. My family and friends hid in the darkness, waiting for the battle to begin.

The battle did begin, but it wasn’t the battle we expected. This battle was crazy! When the enemy entered the pink house, all barricades and weapons disappeared. Walls vaporized and there we were, face to faceless with the enemy. Everything we had done to protect ourselves was gone. No weapons remained, except the enemy’s weapons that were strategically placed in the center of the battlefield.

The battle was set and seemed simple enough. All we needed to do was beat the enemy to their weapons. So that’s what we did. We advanced to the center line, grabbed the enemy’s weapons, opened fire and… one after the other we began to die. Then I woke up…

I woke up startled and puzzled by the dream. I pondered it for a while, but the meaning of the dream did not hit me until I was in the shower. Somewhere between shampoo and conditioner these words came out of my mouth…” We can’t win battles with the enemy’s weapons.”

2 Corinthians 10:3-6 says, “For though we walk in the flesh, we are not waging war according to the flesh.  For the weapons of our warfare are not of the flesh but have divine power to destroy strongholds. We destroy arguments and every lofty opinion raised against the knowledge of God, and take every thought captive to obey Christ, being ready to punish every disobedience, when your obedience is complete.”

We are already defeated if we try to fight emotional pain by spewing angry words.

We are already defeated if we try to fight discontent with grumbling complaints.

We are already defeated if we try to fight injustice with hatred.

We are already defeated if we try to fight the unknown with fear.

We are already defeated if we try to fight any battle with the enemy’s weapons.

In my dream, the enemy had us right where they wanted us. We were in our stronghold armed with ineffective weapons. Thus, when the time came, we were primed and ready to use the enemy’s weapons. Thank God it was only a dream, because in the end… nobody survived.

To be victorious, we must remember that God is our weapon. We must remember that the battle isn’t ours; it’s His. God alone provides the divine weapons that destroy every stronghold that hinders God’s work through us. So, we ask… “What should we do?” The answer… Submit to God, Pray, and get out of His way!

Just a little something for you to think about.  Remember this… you are loved, and you are always in my prayers.